The aim of the workgroup is to develop awareness and intercultural competence of participants through continues discussions and meetings at the level of DJW. Heightening the awareness of cognitive processes including similarities, mutual interests and experiences, are the core aims of our on-going discussion. Building trustful relations and creating networks among Japanese and German business people will be an outcome of our advisory efforts. We wish to enable people to become skilful networkers in both cultures. The knowledge of useful practices and strategies will be part of the training that we occasionally offer at DJW events in Germany and Japan. Moreover, participants will learn to coach themselves. How to overcome problems during the start-up phase and how to succeed with support of trustful partners in the intercultural workplace are objectives of our consultancy. By doing so, we hope to enable workgroup members and workshop participants to become the boundary spanners of tomorrow between Japan and Germany. Bridging both cultures ourselves we are eager to discover avenues that lead to intercultural synergy.

The workshop was divided in presentation, role play and wrap-up. Silvia Lawrence and Rolf Schlunze gave short presentations and conducted role plays with the audience splitting up into small groups. Yuki Itakura moderated the wrap-up. 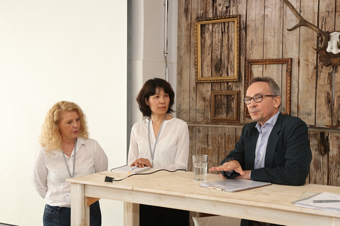 Introduction to the workshop by Ms. Lawrence, Ms. Itakura and Dr. Schlunze (© DJW) 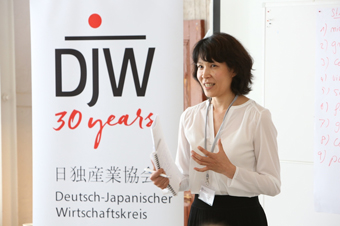 Presentation by Ms. Lawrence: A short problem analyses during the start-up of a Research & Development Project showed the difficulties of developing a business organization. It pointed out the importance of issues like: selection of staff, management strategy, objectives, strategic themes and results, mission, vision, strategy and looked at processes. Ms. Lawrence explained, by giving practical examples, the mistakes that could lead to possible damages during the build-up of a new organization in a company.

Ms. Lawrence’s Role-Play: the role-play was designed around five fictional intercultural managerial staff members, the heads of R&D, HRM, CFO, CEO, and QM. The task was to created transparency in communication and to develop a cooperative way of communication for requesting resources of each Department Head. There quickly proved to be difficulties in doing so because conflicting interests appeared. However, during the negotiation, a way of cooperation and a satisfying solution for all involved was achieved. 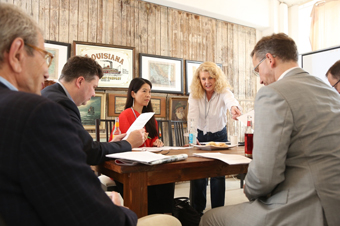 Cultural dynamics and insides from a co-leadership case

Dr. Schlunze presented cultural dynamics and insides from a co-leadership case introducing the five situations that business people can face during intercultural negotiation processes: cultural avoidance, cultural dominance, cultural accommodation, cultural compromising and finally cultural synergy. Explaining about a co-leadership case he showed important characteristics of two co-workers and the development of their mindset in order to produce intercultural synergy. He showed that even managers with divergent preferences and learning styles can adjust to each other by reconciling cultural differences. Creating new values by managers with creditability and synergetic power can function as a multiplication effect within and between organizations. 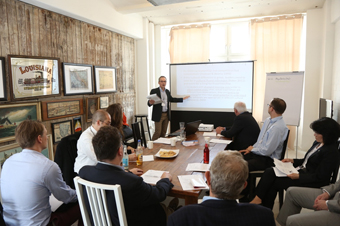 In Dr. Schlunze’s role play participants learnt how to negotiate in an intercultural setting. Techniques like not judging, being open to listening, showing respect when communicating a problem were practiced and various controversies were discussed later. 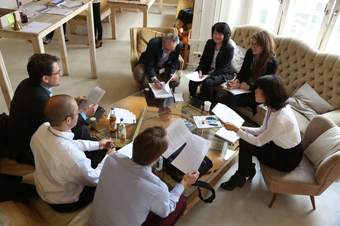 Discussing during the role play (© DJW)

Wrap-up: During the wrap up the participants presented their workshop experiences. A DJW member of Silvia’s group presented the results of the role-play. It was a successful negotiation round and all participants were satisfied to learn the power of good and fair negotiation as well as being transparent in communication. Rolf’s group explained that they had been too fast in compromising and that in reality more resistance in the form of attempts of cultural dominance can be expected. It was clear that cultural synergy is an outcome of dynamic processes that includes loops of learning on both sides, when Ms. Yuki Itakura mentioned that German clients often ask why Japanese business people do not express what they want while Japanese business people often wonder why Germans cannot anticipate what they want. In conclusion, we found that German business partners need to learn to read the atmosphere「空気を読む」and develop this skill to a degree that it might become a success key doing business with Japanese people. 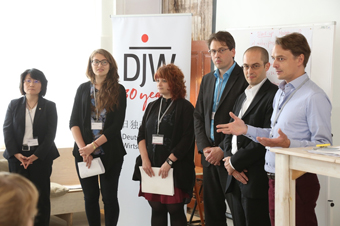 Therefore, together with DJW we are calling for the formation of a workgroup on intercultural management sharing our experiences and practices in order to create cultural synergy in the particular intercultural workplaces. 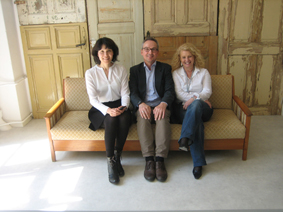 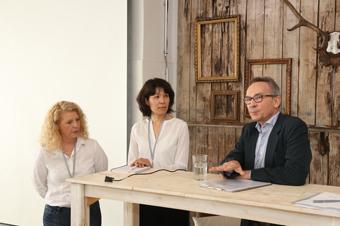