Tuberculosis (TB) is one of the oldest and most persistent epidemics, still affecting people in every country of the world to this day. According to the World Health Organization (WHO), tuberculosis is the leading cause of death among infectious diseases, even surpassing HIV/AIDS. Every year, approximately 10 million people become infected and nearly 1.3 million people die from TB or TB-related causes.

Tuberculosis – An Old Disease with a New Face

TB gets transmitted through air. It most commonly affects the lungs, but can spread to almost any part of the body. An estimated 1/3rd of the world population is latently infected with Mycobacterium tuberculosis, the bacteria causing the disease. Those infected have a 10% chance of developing active TB. People with weakened immune systems, such as people living with HIV or diabetes or people who smoke, have a much higher risk of picking up TB (Source: WHO). However, with proper treatment, TB is curable. Half a century ago, when the ground-breaking antibiotic rifampicin was developed, it seemed that the world’s TB problem was over, even though treatment of uncomplicated forms of TB still requires prolonged medical care for 6 months.

However, due to the emergence of MDR-TB (Multidrug-resistant Tuberculosis), TB has once again become a major global concern. MDR-TB is now deemed to be one of the most dangerous infectious diseases worldwide and is considered to be a threat to global health by WHO. The cause for this resistance can be found in the inappropriate use of the antibiotics as well as ending treatment prematurely.

Although over 95% of cases and deaths are located in developing countries (Source: Global tuberculosis report 2018, WHO), it is a problem in industrialized countries as well. In Japan, there was a newly recorded outbreak of TB cases in the years 1996 – 1997. As a result, the prevalence rate began to rise and continued to do so for 3 years. The Japanese government even declared a “tuberculosis state of emergency” to draw attention to the severity of the problem. As a result, the incidence rate finally began to decrease but the current prevalence rate is still at 14 per 100,000 people (or approx. 1 per 7,000), much higher than in other industrialized countries (see Figure 1).

Indeed, TB is a disease that can affect anyone, anywhere. As one could also see from this graph, even Germany has a prevalence rate of 6.7 cases per 100,000 (Source: Robert Koch Institute). In today's globalized world, the increase of TB on the other side of the globe is not just “someone else's problem”. This is why a global effort is being made to formulate new strategies to eradicate the disease. In 1993, the WHO issued a TB Emergency Declaration, officially marking it as a global health emergency. WHO also urged developing and developed countries equally to work together systematically to tackle the problem, in order to end the TB epidemic by 2030 in accordance with the health targets of the Sustainable Development Goals. In short, Tuberculosis is a global issue.

Otsuka conducts research, develops, manufactures, and markets innovative products, with a focus on pharmaceutical products to meet unmet medical needs and nutraceutical products for the maintenance of everyday health.

Otsuka’s guiding principles are embedded in our DNA: RYUKAN GODO (by sweat we recognize the way), JISSHIO (actualization) and SOZOSEI (creativity). Ryukan godo (流汗悟道) means to discover the core substance of something through hard work and practice. In the words of our founder, Busaburo Otsuka, he said, “I do not mean to sweat physically but mean something much deeper – an internal, spiritual sweat that arises from a blazing passion for one’s work and a realization of the road one should travel to achieve it”. Working in collaboration with other Otsuka Group companies and various stakeholders, ONPG focuses on providing access to innovative products for the treatment of TB and working to stop the spread of antimicrobial resistance.

Otsuka began its drug discovery programme in Tokushima, Japan, in 1971 with only 14 scientists. Tuberculosis (TB) was selected as one of the company’s first research priorities. Seeing the real suffering TB continued to cause in Asia, and driven by the personal commitment of Mr. Akihiko Otsuka to find new tools against this persisting epidemic, Otsuka continued to search for innovative solutions at a time when most pharmaceutical companies were closing their TB research and development (R&D) programmes.

We’ve come a long way in the last 45 years. In 2014, a compound discovered and developed by in-house scientists received its first stringent regulatory approval for the treatment of adults with pulmonary multidrug-resistant TB (MDR-TB).

Otsuka’s Global TB Programme focuses on fighting tuberculosis through innovative research and development, equitable access to medicines, collaborations, and capacity building programmes that strengthen the quality and delivery of care.

Today, Otsuka’s TB Programme is involved in several public health initiatives around the world and has an active R&D portfolio of new medicines, child-friendly formulations, TB diagnostics, and treatment monitoring tools. All Otsuka stories start by taking the road less travelled. We, as a Japanese company in Germany, working together with global partners, are determined to find promising solutions to fight against the global pandemic of Tuberculosis. 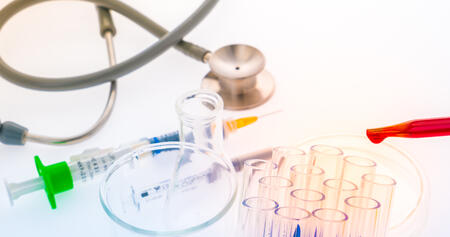 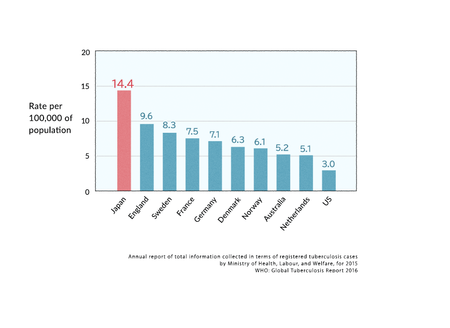 Figure 1: Prevalence rates of tuberculosis in Japan and other industrialized countries (2015)