DJW is looking forward to welcoming a new face to the board: Mr. Yoshitaka Hoshino, Executive Vice President of JETRO Tokyo was unanimously elected at the Members' Assembly on June 15, 2020 and will from now on support us in our projects, especially in Japan. In the following you will find once again his presentation text of this year's candidacy:

"It is significant that DJW and JETRO have maintained a long-term and close cooperative relationship since DJW was founded in 1986. JETRO is proud to have jointly organized various events with DJW, including symposiums, breakfast meetings and seminars to promote industrial cooperation between Germany and Japan. The number of DJW members is approximately 1,200. This is an incredible figure, and JETRO will continue to support DJW's activities and efforts to acquire new members. Today, Germany and Japan are struggling to overcome the impact of COVID-19. And in the post-corona era, a "new normal" is being seen in people's behavior, business customs, and social trends. Indeed, I believe that Germany and Japan can share information and work together in adapting to this new normal in various fields, and that DJW is also able to play an important role in doing so. Further, Germany will preside over the EU in the second half of this year, and 2021 will mark the 160th anniversary of the establishment of German-Japanese diplomatic relations. If I am approved as a board member of DJW, as JETRO's executive vice president, I will leverage JETRO's immeasurable resources to further strengthen the business relationship between our two countries." 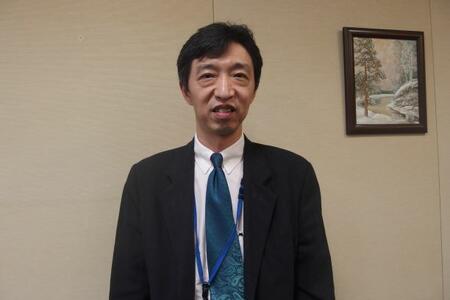