Mazda Motor Europe GmbH R&D Center is located in Oberursel, northwest of Frankfurt am Main. For over 23 years, since its opening in 1990, we have been in charge of R&D such as future technology research, design for new models, market­ability development and homologation. Although we are named “European” R&D center, Mazda regards us as the key base for global development. Europe has a sophisticated, well-advanced vehicle culture, and the required level for basic performance of vehicles is quite high. Therefore planning and designing products which go beyond evol­ving European customers’ expectation and demonstrate our technological development capability and innovativeness here in this area is, we believe, the very significance of existence as an accomplished automobile manufacturer, who engages in severe competition on the global mar­ket.

I personally have experienced that the level of the common ground between customers’ expectation and manufacturers’ response in Europe is evolving remarkably compared to other regions, and the European car manufacturers are taking the lead in this development. My concern is that Japa­nese makers will lose their importance if they cannot show their distinctiveness clearly and not strive to improve the “common ground”, responding to customers’ expectations. If one looks at the global market, German automobile manufacturers have built an unwavering customer base with their premium products. Korean manufacturers are continually penetrating markets with German-like exterior car design and affordable prices. On the other hand, some of the manufacturers are compelled to withdraw from the market under these circumstances. It is said that the automobile industry is constantly and rapidly changing and highly competitive.

From a global point of view, Japan and Germany are still two leading pillars in the automobile industry. I believe that both sides could solidify their position on the worldwide market if they could learn from each other and make the most of each other’s strength. In order to do so, active exchange and communication between the two countries are required.

“SURIAWASE Development”, which is often translated as “integral development”, is one of the strongest advantages of Japanese makers and has been the root of competitiveness of “made by Japan”. “SURIAWASE development” literally means to make two things completely fit so that they can move smoothly.

A vehicle consists of some hundreds of systems and parts like body, chassis, engine, transmission and electrical devices controlling them. However, if these components are just connected, malfunction may arise and the expected performance not be realized. This is the reason why an inter­face for each system has to be developed in consideration of interconnection of all areas. “SURIAWASE development” developed in Japan, striving to minimize negative effects and to complement insufficient areas at the same time. Thus new models could be developed with minimum development resources, shortest development periods and at reasonable costs. In my opinion, the group-oriented men­tality and the Japanese character of feeling shame when causing trouble for others or when being a bottleneck of the teamwork have greatly contributed to the “SURIAWASE development”.

On the other hand, German manufacturers, especially premium car producers such as BMW, Mercedes and Audi, place much value on the embodiment of brand characteristics, uniqueness and the “personality” of the car. It could be said that they are producing cars based on their philosophy. Each maker strives to realize his philosopy like “Fahrver­gnügen”, “Das Beste oder nichts” and “Fortschritt” and keeps moving forward. They put absolute value on going beyond customers’ expectation by refining vehicle characteristics, even if it costs much more development resour­ces. If the performance of a car evolves, the customers’ demand will rise in turn. Makers will pursue further evolution in order to meet their requirements. Customers’ expectations and desires then will rise even higher than before. This spiral will strengthen the ties between customers and car makers. Such an approach has been taken for granted on the European market. I am now confident that these ties between customers and car makers are the meaning and value of brands. Thanks to this linkage, German automobile manufactures could not only develop further, but also retain customers. In recent years many young Japanese are moving away from driving. Of course there are external factors like poor traffic circumstances in Japan. However, I believe that the tenuous bond between customers and car makers could be one of the reasons.

The German side will further continue pursuing their own philosophy, maintaining strong ties with customers. The Japanese side should improve the “SURIAWASE development” in order to find its own “personality” to attract customers and produce with high standard, so that it can establish a “Japan-premium” status.

Early “SURIAWASE development” was very effective in order to produce trouble-free, robust products and to save resources within short period of time. But it is not easy to be the one and only car maker and “SURIAWASE development” itself has also evolved in order to yield products which exceed customers’ expectations. At Mazda, we call this “MONOTSUKURI innovation”. Departments like product engineering, products manufacturing and purchase drastically changed their concepts and enabled concurrent development in development-production-procurement pro­cess. The result of this can be seen in SKYACTIV technology including SKYACTIV engine, which realized the world’s highest compression ratio. Also new models such asCX-5, Mazda6 and Mazda3 with SKYACTIV technology realized more product competitiveness and development efficiency by 30% at the same time. I would say this is the very proper evolution of “SURIAWASE development”.

The key of the evolution is “pursuit of ideal”. It is necessary to define ideal function and production requirements, clarify the concept, mechanism and structure requirements to realize this definition, and eliminate contradictions among systems at this early stage. If no harmonious solution can be found, then concepts should be revised at an upper hierarchical level. We do not start to make a drawing unless joint members of production, procurement and development do not find any satisfactory solution. I am sure that SKYACTIV project would have collapsed without the “SURIAWASE development” culture.

Comparing Japanese and German car manufacturers, it is said that the advantages of them are structure and thinking respectively. These do not compete directly. This means that if both sides learn from each other’s advantages, further improvement of the vehicle manufacturing method would be possible, and this would strengthen our presence and influence on the global market. 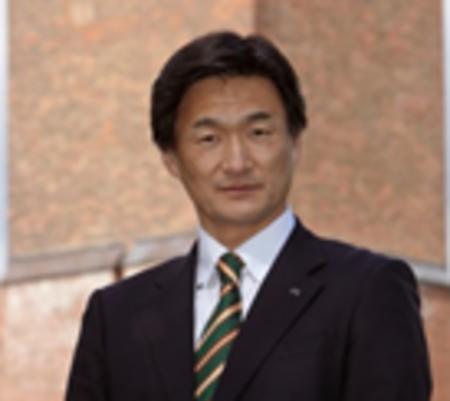