This was the slogan of an advertisement in Japanese primetime television for the new Mitsubishi Colt in 2003, when I was working for the first time in Japan as an engineer in the automotive industry. As mentioned in various speeches during the recent DJW New Year’s reception at DMG Mori, collaborations between Japanese and German companies in research and development (R&D) are highly valued and frequently regarded as relatively easy and straightforward due to the mutual technological and cultural respect. Very often, the first impressions starting a collaboration between companies from these countries are also quite promising. So why is it that so many collaborations do not render the expected results or even fail altogether, as for example in the Mitsubishi - Daimler case shortly after the above-mentioned advertisement was published?

Engineers tend to believe that their work is purely governed by physics and fact-based decisions.  Looking at the physical distance and the cultural differences between Japan and Germany, it should not be surprising that there are some fundamental differences on how R&D is executed in both countries. Obviously, there is not just a “German” or “Japanese way” of how R & D is performed. Specific company cultures do also play a major role, as both countries have a long industrial history. But still, some general observations can be made.

German engineering is often considered to be very systematic and process-oriented in comparison to other countries. Most of the time however, it depends a lot more on individual creativity and responsibility. Often, it is driven by dominant characters who – in critical situations – overrule entire processes to reach a decision, for the better or the worse. I remember very well a statement from a senior manager at a German automotive OEM, who quoted that an engine development is not a democratic process.

Looking at Japanese companies, I recognized that processes and especially systematic execution seem truly to be the basis for research and development activities. In critical phases of a project, rules are adhered to rather than being questioned and consensus of all employees involved is very important. This leads to many meetings and long working hours. I even witnessed that positive results for solving a problem were not accepted as acquiring these results had not been according to the company processes.

Nonetheless, Japanese and German companies show that both approaches can be successful. Depending on the task, one or the other might have its advantages. However, mixing both approaches will in many cases lead to unsatisfactory results, as people tend to pick-up only the convenient bits of each approach and disregard the difficult but necessary parts that come along with it. So how should R&D collaborations be managed?

An obvious solution for both partners would be to continue to work within their own respective processes. Considering an equal collaboration between two companies, this tends to be the best way. However, in such collaborations, the management of interfaces like data sharing, result transfer, milestone deliverables etc. during the development process becomes crucial. Otherwise, no efficiencies would be gained through cooperation. Therefore, the careful selection and empowerment of interface management workers, as well as the consequent implementation of processes and toolchains becomes key to the long-term success for this kind of collaboration.

In cases of collaboration with a dominant partner, e.g. a local R&D center that strongly depends on the headquarters’ know-how and directive, using different processes would not be efficient, even though some potential of the local organization might get lost. For those cooperations to remain successful, employees need to be able to adapt to and identify with the headquarters mentality. It could be difficult to find adequate staff that fulfills these requirements while also meeting the required technical and managerial skills. Thus, long-term employee qualification and retention programs need to be considered. Additional care needs to be taken if one of the tasks of the organization is the interface to local customers. Customers are expecting the organization to be truly local in their mindset, so intercultural competence of the staff in both directions is highly important.

In conclusion, R&D collaborations between Japanese and German companies require a clear strategy apart from technical and commercial aspects and rely heavily on the use of adequate tools, processes and a considerate management of human resources. Although this seems to be a high-effort task, it might in many cases be worthwhile for Japanese and German companies to join forces, as many industries are faced by rapid change and an unpredictable global landscape with respect to China and the United States as major players in R&D. 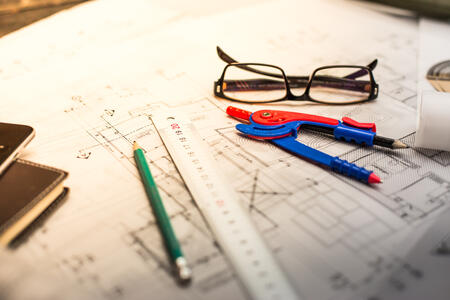